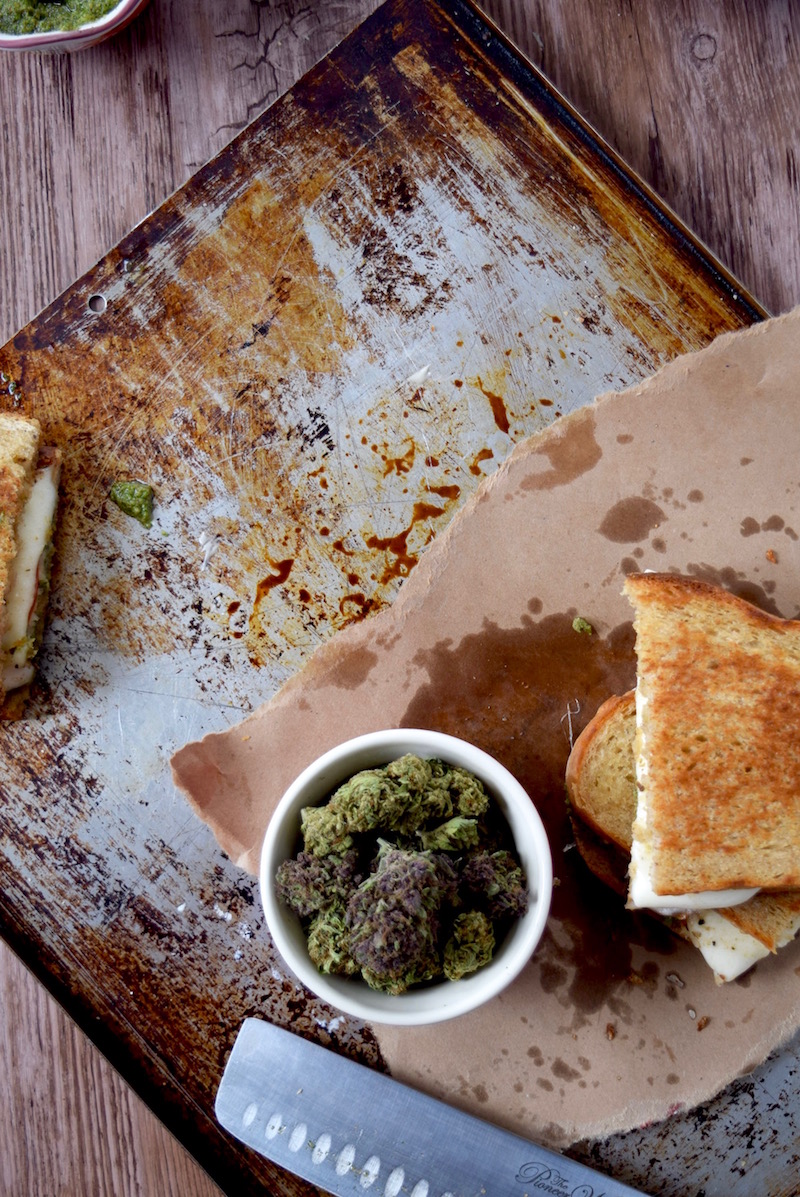 Well, isn't this just perfect? I went through hell and high water to make this cannabis infused grilled cheese in time for national grilled cheese day and I missed it by a mile. But hey… I'm so late on it that it's just in time for 4/20! So… perfect!

If you'd like to hear why I have come to believe that food blogging is like the Hunger Games, keep on reading. Actually, now that I think about it, the Hunger Games would be an excellent name for a food blog… Ammiright?!

So… confession time… In my house, at the time of the cannabis infused grilled cheese fiasco, we had not enjoyed a hot un-photographed meal in months. Over the course of the past couple of years, I've become completely uninspired when it comes to cooking and have really only done it when I had to for work. 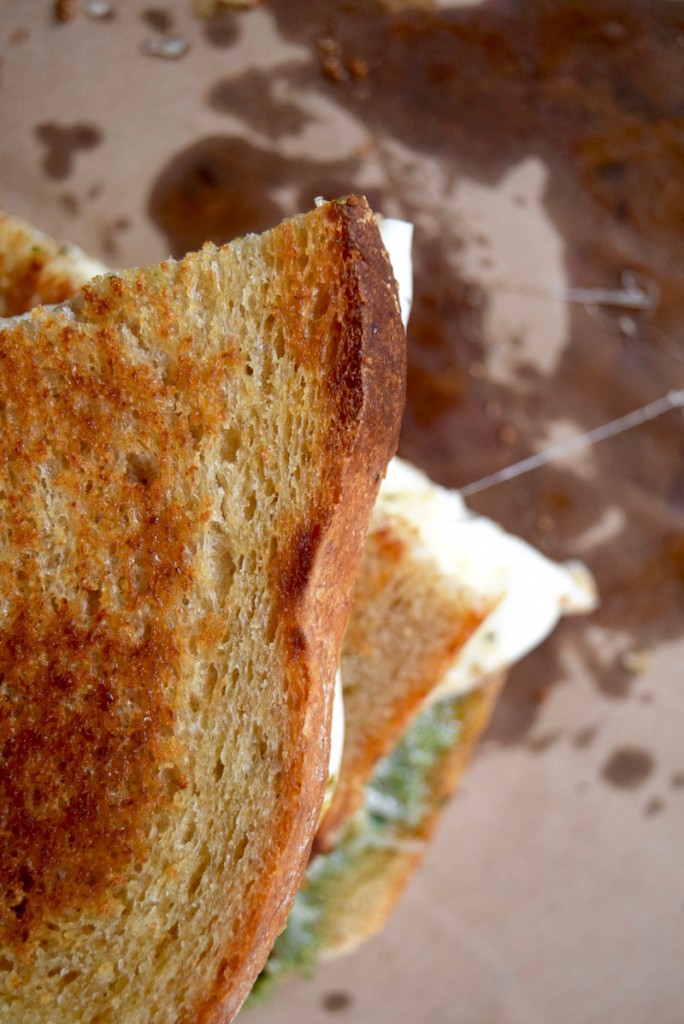 First, I want to put some of my hash infused epiphany out there about the food photography/blogging/recipe development industry just for you to think about a little bit if you feel like it. Again, if you don't feel like it, just keep scrolling until you get to the recipe and don't think about anything except how awesome it would be to make cannabis infused grilled cheese.

Second, I don't know about you, but I've never heard a food blogger say… “You know what? This sucked. It failed. It had a weird crust. It tasted odd. Since it didn't turn out right, I gingerly placed a tea towel next to it, sprinkled nuts and seeds around it and got it from its best angle. It didn't really taste or look that great in real life. Actually, you know what? Fuck it… I actually completely photoshopped the whole damn thing.”

And even though I've never read those words, I've seen it. And you have too. And the fact that we sometimes can't tell the difference between bullshit fluffed up in good lighting, and something that is replicable and is actually delicious kind of sucks. 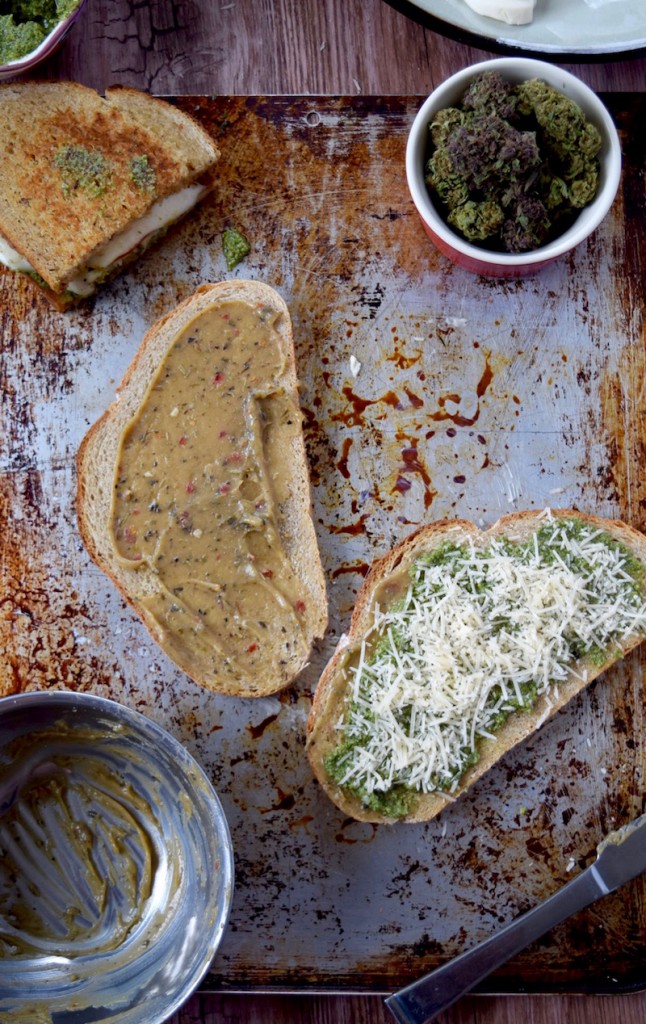 You know what I mean on this one. You make something that someone else said was “AHHMAZINGASDFLJASDGKAJSG!!!” and it is actually not amazing at all. And you might blame yourself, but a lot of times it's just someone not wanting to waste their own time by scrapping a recipe. And you know what? I've done it. For example, I made paleo vegan pancakes for a client a couple of weeks ago that were just… edible. And you know what I said about them? “These are the best paleo vegan pancakes I've ever made!” And while that was technically true, the word “best” is used like it has context, when really I just wanted to be done for the day.

Again, who cares? Right? Well, I care. Because when you tell me that something is “amazdfajsldfjaafga!” I'm going to believe you and I'm going to spend my time and resources making it, and if I fail because you set me up for failure just so you could go watch Broad City and do yoga, then that really sucks. So I'm feeling really really sorry about that right now.

Stay with me on this one… because we're definitely in The Capitol if we're talking about lighting and bounce cards while our food gets cold and sometimes even completely inedible, while people in our own backyards are starving and totally malnourished. Does that bother anyone else?

I was once told by a client that I needed to sprinkle more food around my food, to overfill my jars and glasses until they were spilling over and to generally make it look like there was so much food that my bowls just couldn't contain it all. 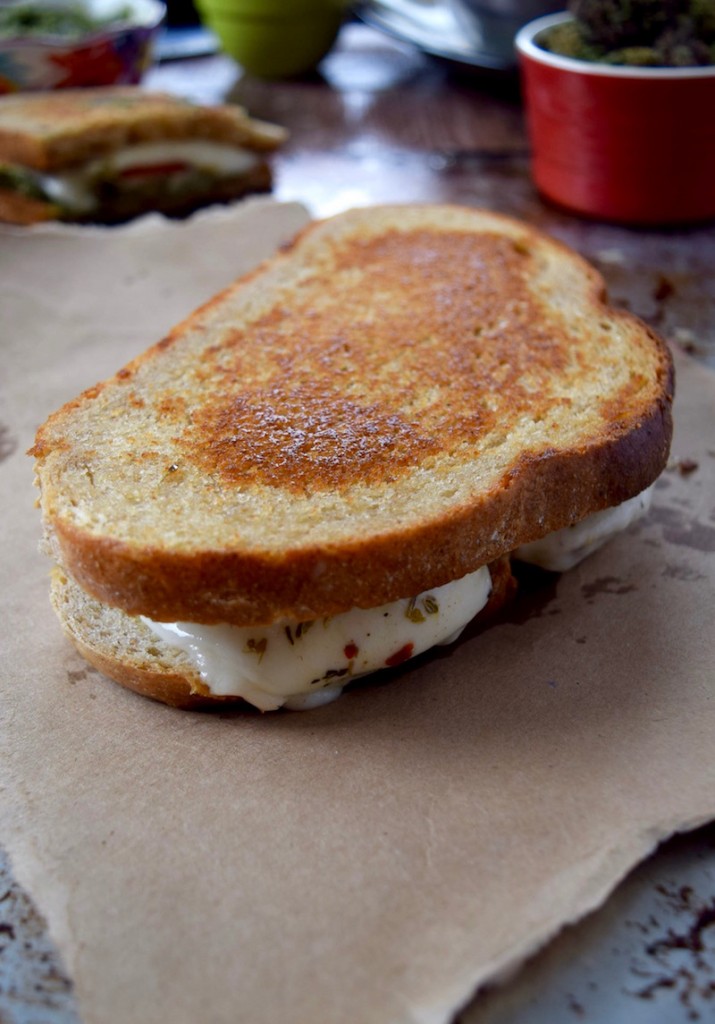 And even though I quit all of my demanding food photography and video gigs, I just. can't. quit. you Wake & Bake. I love you guys and I still love doing this way to much. I'm just going to scale back and change things up a bit.

I made this recipe cannabis infused by using this hash butter, which, to be totally honest, is the easiest way I've found to infuse anything with cannabis. It's really quick, and the decarboxylated hash just dissolves right into the fat so you don't have to strain anything out or deal with a mess.

If you don't have a Magical Butter (again being totally honest here) is definitely the easiest way to infuse oil and butter with trim or flower, and you do happen to have a gram or two of hash on hand, go and decarboxylate that stuff and make some really tasty and potent butter/oil. If you don't have hash on hand or an MB2, you can use the crockpot method for making cannabis coconut oil and use that in place of the hash butter.

4. Flip the bread so that it's REGULAR BUTTER side down and layer on:

Place the bread, HASH BUTTER OR CANNABIS COCONUT OIL SIDE DOWN, in the preheated pan until melted, which will help melt the cheese (you can skip this step to preserve cannabinoids, terpenes and flavanoids)

Flip the bread so that it's REGULAR BUTTER side down and layer on organic mozzarella cheese, organic pesto (you can use pothead pesto from Wake & Bake for an extra kick), organic basil, organic tomatoes, organic parmesan.

Cover the pan with a lid for a minute to help get the cheese melting.