Home » Do you need to Decarboxylate CBD?

Do you need to Decarboxylate CBD? 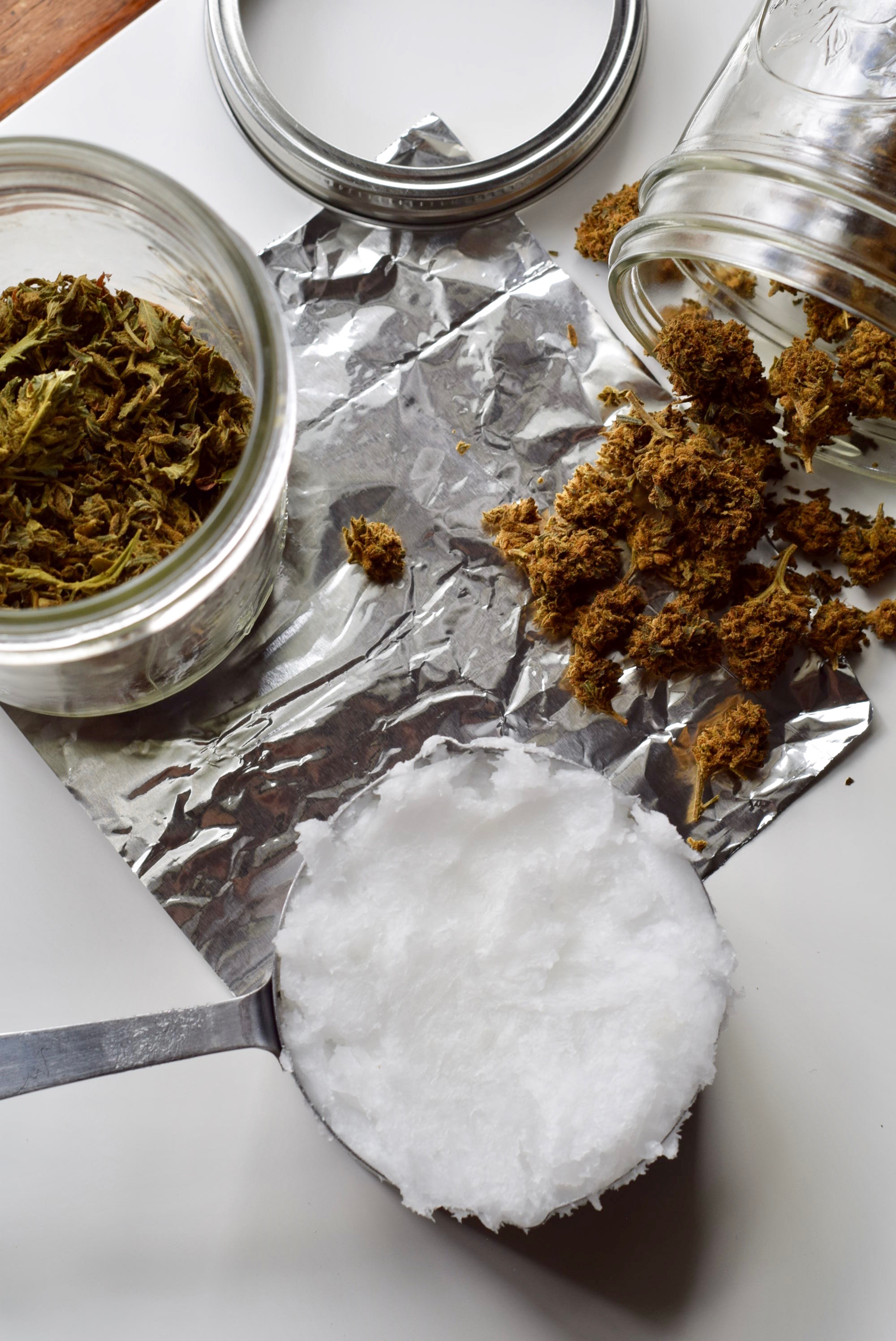 Decarboxylating CBD is a simple process with a fancy name. If you’ve never heard the D word, I break it down in further detail in this post about Decarboxylating THC.

So let’s dive in!

*Correction: In the video above, I said the phrase “carbolic acid” and meant to say “carboxylic acid”. And you can check out the Cannabis Coaching Institute here.

I’m going to answer that with a simple Y.E.S. for those of you who don’t want to spend too much time digging into this topic or watching the video.

But if you’re a weed geek and you want to be able to explain this to your grandma, let’s rewind a bit.

Let’s go all the way back to the plant.

A cannabis plant produces a substance called resin. And that resin is filled with compounds called cannabinoids.

The two major cannabinoids found in raw – unheated – resin are THCa and CBDa. The cannabis plant doesn’t actually make THC or CBD, instead it makes these compounds with a little “a” at the end.

The “a” stands for acid.

There has been a little bit of research done on these acidic forms – THCa and CBDa – and while it’s promising, there has been more research around the decarboxylated compounds THC and CBD.

Since CBD isn’t psychoactive, the difference isn’t as noticeable as it is with THC (which becomes psychoactive when you decarb) but if you’re making homemade CBD oil, I consider it a necessary step.

A note on CBD:THC Ratios and Decarboxylation

How to Decarboxylate CBD

I’ll walk you through all of this in the full tutorial soon. But unfortunately, right now, I have the not fun job of giving you an unsatisfying answer.

After extensive research it’s clear there is still a lot of public debate on the perfect time and temperature for CBD decarboxylation. There are many ways to decarboxylate at home, but none of them are perfect and no one has outlined a replicable homespun method to get 100% decarboxylation.

Up until the moment that you're reading this, I have not found a single piece of good data that conclusively shows a method of decarboxylation for high CBD plant material that you could replicate in a home environment.

Beyond that, I've not been able to find any research that gives an ideal time/temperature for CBD decarboxylation.
I ALSO couldn't find any research that used anything other than a pure CBD isolate in their testing, which I don't recommend because it doesn't have the same results that full spectrum CBD has.
The only access I've been given to testing has come from the founder of Ardent Cannabis. They've done an incredible amount of third party lab testing and after working with them for several years, I believe they act in integrity and respect the work they do.
Yes. It's a product. But it's what I would recommend to anyone who asked me what I thought. I love it and it works well. I have rocket scientist and engineer friends who also recommend the product, so I don't believe it's mere hokum.
I WISH I'd found something that would help me recommend a homespun method with a time and temperature. And If this research is out there and I don't know about it, I'd love to see it.
I am here to learn as much as possible and share it with the people who can use it. So if you know of a study that can help clarify this, leave us a comment below or email [email protected]

The Nova and the “Double Decarb?”

To get a 100% decarboxylation on my CBD flower material, the only thing I trust is the Nova Decarboxylator. I love that company and that device for so many reasons, but one thing I really love about Ardent Cannabis is that they’ve done incredible independent lab tests that show the effectiveness of different types of decarb methods.

In their testing, none of the standard methods give 100% decarboxylation rate and some can leave 30%+ of your cannabinoids in their acidic form.

Again, this isn’t bad – per say- because the acidic forms may have some magic going on in their own right.

But if you’re looking to use CBD for wellness uses, to reduce anxiety and stress, as an anti-inflammatory or to reduce chronic pain, the form that has shown the most promise in research is decarboxylated CBD.

To decarboxylate CBD in a Nova, you have to run two cycles.

Decarboxylating CBD in an Oven

In an oven, you can follow the guide here and increase the time, but – to be totally honest – there’s not enough data to help me guide you to exactly how long and at what temp you should use to decarb in an oven or toaster oven.

If you use CBD oil regularly, it can save you so much money to make your own at home. If that’s your plan, I highly recommend the Nova. I pays for itself rather quickly and is a workhorse in my kitchen.

Let me know if you have any questions in the comments below or by reaching out to [email protected]. While we can’t answer every question and comment personally anymore, it helps us figure out what to cover next, so let us know what you want to know!

9 thoughts on “Do you need to Decarboxylate CBD?”