Home » Too High? 4 Common Negative Cannabis Side Effects and What You Can Do About Them [Updated 2021]

Too High? 4 Common Negative Cannabis Side Effects and What You Can Do About Them [Updated 2021] 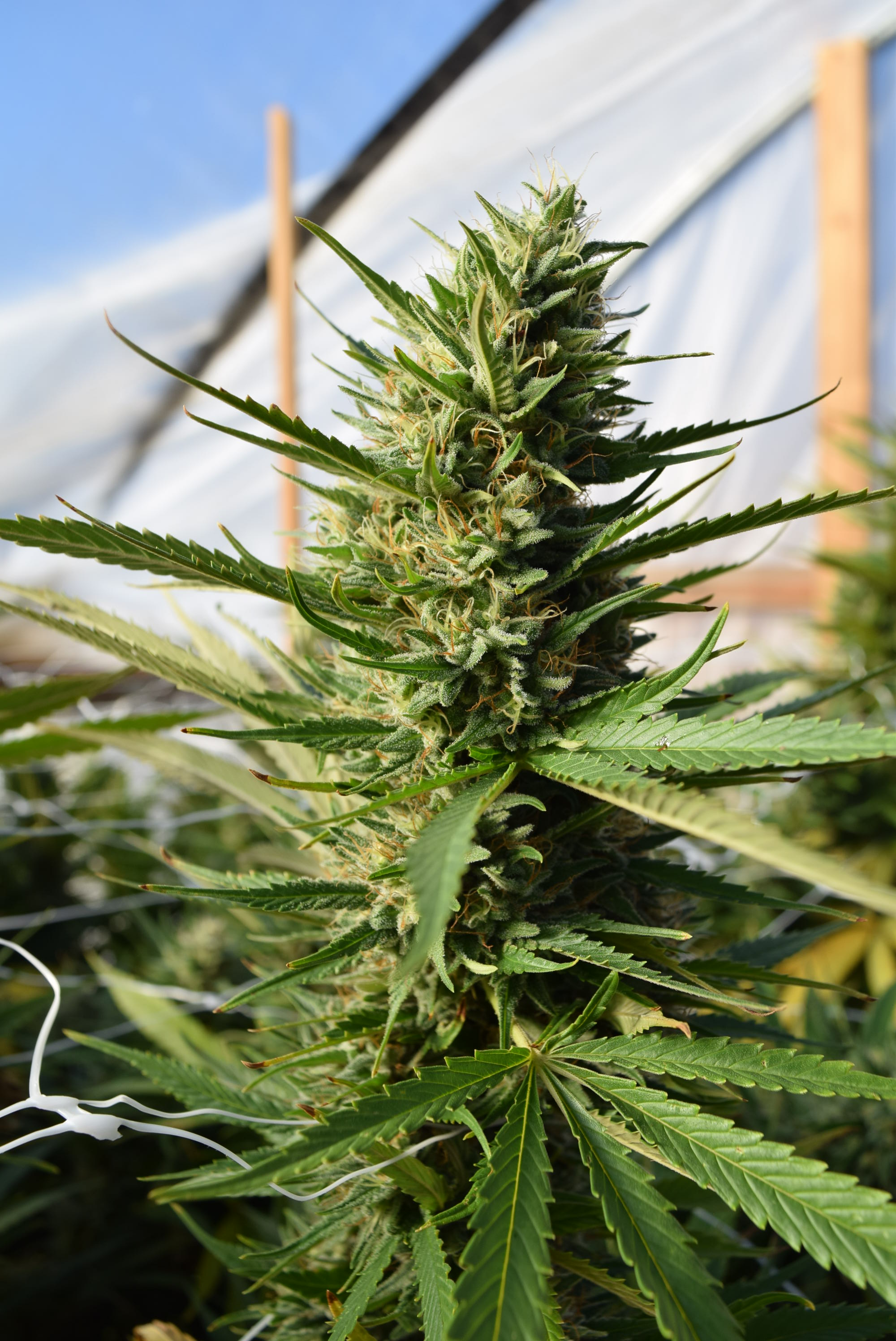 You know those people who say… “I hate the feeling weed gives me and I don't like to use it?” Odds are it isn't weed's fault.

Would you love cannabis if you thought you were going to die of a marijuana overdose and decided to call 911 to rat yourself out? (which totally happens… to cops… and that is hilarious)

It's no fun to feel shaky, anxious, or terrified, with dry mouth and lips that you can barely pull apart. And while some people feel like a million bucks after eating a pot brownie, others get so paranoid it's debilitating.

Typically, these side effects are short lived and luckily, they don't include painful erections or man boobs that lactate. Yay for cannabis instead of prescription drugs!

For those of us who use marijuana regularly, it’s almost inevitable… one day you’ll take a bigger dose than you’d like or you'll take a break and your dosing requirements will change. Eventually, most cannabis users do experience a few negative side effects from smoking weed, eating edibles or taking one too many teaspoons of cannabis infused coconut oil.

And if you’re using high amounts of cannabinoids for things like cancer, you might always feel like you’ve taken too much and be constantly dealing with the negative side effects of marijuana.

I believe that microdosing cannabis is one solution to this issue for most of us. But there are some cases where your doctor prescribes larger doses of cannabis on a regular basis. And as a hash infused grilled cheese once taught me… accidents happen.

The 4 Most Common Negative Side Effects from Using Cannabis 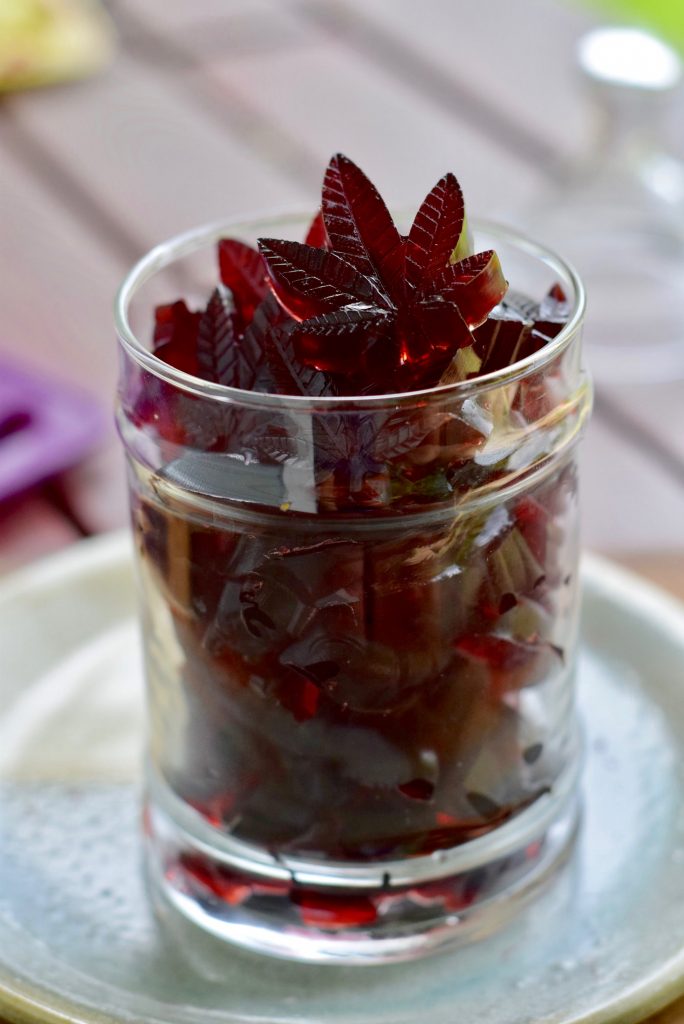 The most common reported negative side effects from taking too much cannabis are:

I wanted to offer some specific and practical solutions to these common negative side effects, so you can understand the underlying causes and be able to do something about them. These tips can also help take the edge off of larger therapeutic doses so you can function, focus and enjoy yourself on a regular basis. 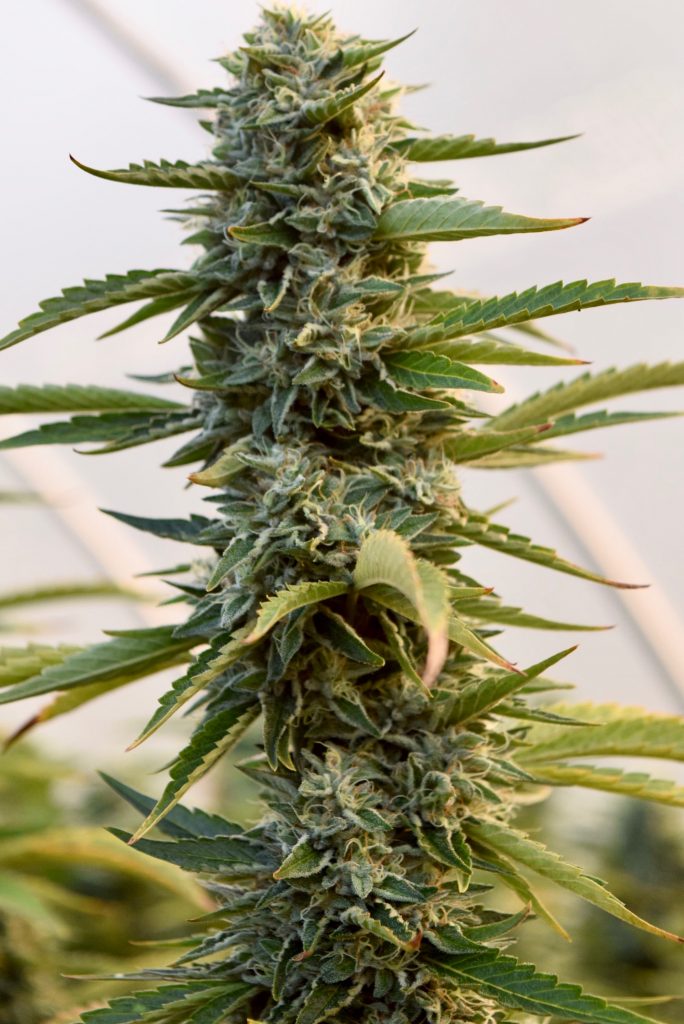 Anxiety and paranoia are the most common negative side effects from overdoing it with cannabis. Scientists believe that the reason for this is most likely because you have cannabinoid receptors located directly in your amygdala, which is where your flight or fight response is activated.

The amygdala handles fear, and THC can overstimulate the neural pathways and can trigger anything from a mild stress response to extreme paranoia. This is especially common for new or inexperienced users.

Interestingly, cannabis can relieve anxiety and PTSD, probably using the same mechanism. So the same thing that can calm those fear nerves can also excite them, especially when you use too much.

The main tips you’ll hear when looking for a helpful way to tame paranoia are: hydrate, breathe, take a shower, relax, nap, listen to calm music etc. Basically, pretend you’re having a spa day and wait until it passes.

I think these common sense tips are great and can help turn a negative cannabis experience into a positive one. But if you’re experiencing debilitating anxiety, it can be difficult to do any of those things.

There are two other quick and safe fixes for anxiety and paranoia and anxiety triggered by taking too much.

In a small study, Citicoline has shown promise as a brain booster that can help cannabis patients experience, “significantly lower levels of behavioral impulsivity” and “improved task accuracy”.

Which is awesome in its own right. But citicoline was recommended to me by a friend while doing research for Dazed + Infused and he mentioned that it can help when people get uncomfortably high (Thanks Bobby!).

He handed me three capsules of the supplement -which is commonly used as an alternative treatment for Alzheimer's, stroke and ADHD- and I went home to hunker down and intentionally vape too much to find out if it works. Because I’m a professional.

I vaped and vaped and vaped and eventually became super paranoid. My thoughts were darting around and I couldn’t focus on anything for more than a couple of seconds. I was regretting my decision to be a human guinea pig once again and really wanted it to stop.

The recommendation is to take a 3:1 Citicoline to THC ratio dose. For example, if you took 50mg and that was too much, take at least 150mg of Citicoline. Since I didn’t know how much I’d just ingested, I just went ahead and took all three capsules.

My experience was kind of incredible. Within 15 minutes I was able to focus and write a section of this book, go out in public and talk to other human beings, and the fear and anxiety had toned down completely. I was actually feeling really good; focused and relaxed while still experiencing psychoactive effects. I’ve never experienced cannabis in that way before.

Not everyone will have the same experience, but if you’d like to use cannabis, but tend to get anxious or paranoid, it’s worth a shot. I think this is a great option to try if you’re using large therapeutic doses and can’t turn every day into a spa day.

I used this one and I ordered a bottle so I always have some on hand and so I could do more “research”.

If you’ve flipped to this section of the book because you’re in need of relief from anxiety or paranoia right this moment, reach for salt’s bff, pepper. Reportedly, chewing on two or three whole black peppercorns can reduce levels of anxiety and paranoia.

Neil Young told Howard Stern that this has worked for him and researchers have found that even sniffing (not snorting) black pepper can alleviate negative symptoms of too much THC. 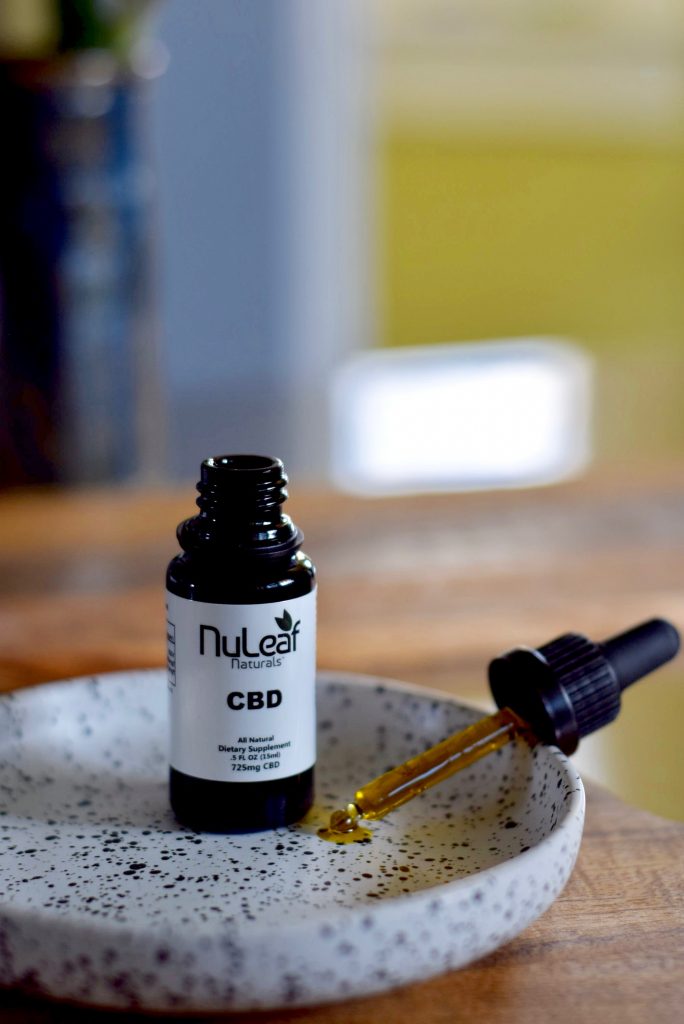 On that note, supplemental CBD is a simple way to reduce many of the negative side effects of too much THC.

If you have to take high doses of THC regularly, balancing it with CBD in a ratio that works for you can help mitigate anxiety and paranoia. When the amygdala get’s overly excited, using CBD can calm excess neural activity and decrease feelings of anxiety.

If you’ve taken too much, you can balance it out with some CBD oil. Vaping a higher CBD strain could help if you need to alleviate the symptoms quickly, but be careful of the amount of THC present in the strain because you could make things worse.

If you have a tendency of wigging out when you ingest cannabis, cooking with (or vaping) a higher CBD strain regularly can alleviate most paranoia and anxiety side effects.

I use this one. 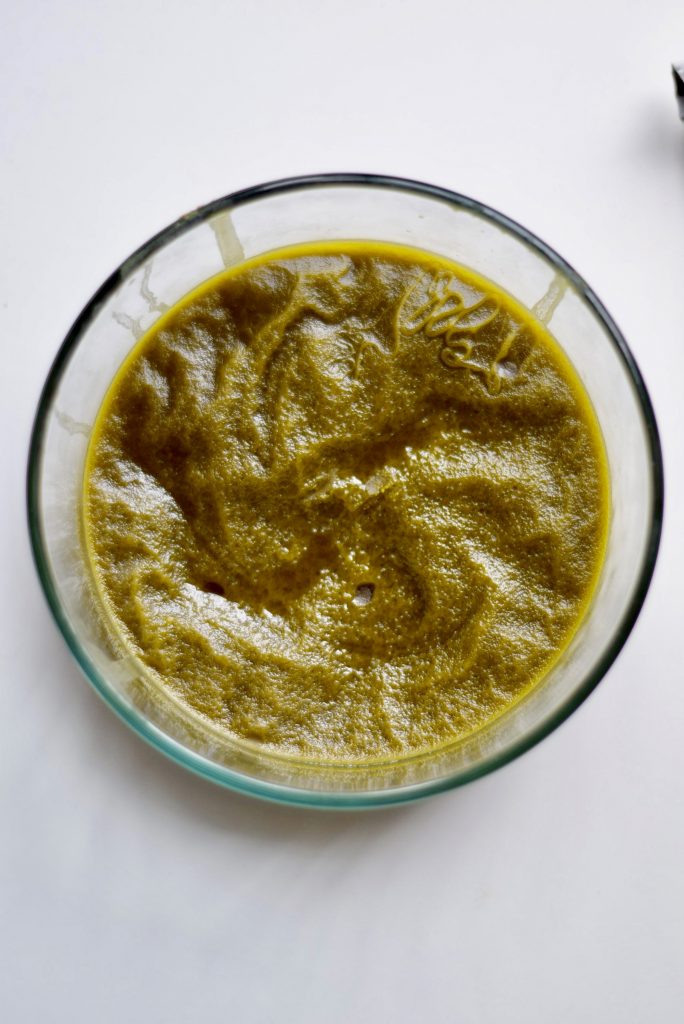 The first time I saw a friend take a dab for the first time, was the first time I saw someone “white out”. He was a tall guy, super into martial arts and smoked cannabis daily. As soon as he took a dab, his face turned white, he backed to the wall nearest to him and slid down it until he was sitting on the floor. He quickly recovered, but it was jarring to see an experienced cannabis user almost pass out.

White out is pretty common, especially when someone is trying cannabis for the first time or when they’re increasing the amount of THC in their dose. Cannabis can have a dramatic effect on blood sugar and in some cases this can lead to paleness, weakness, nausea and even temporary unconsciousness. Fortunately, this side effect is easy to remedy.

Treat white out as you would a dip in blood sugar. Sipping on some juice or eating 1 or 2 small pieces of candy can help level out blood sugar quickly. When you start feeling better, eat a protein rich snack like a handful of nuts. 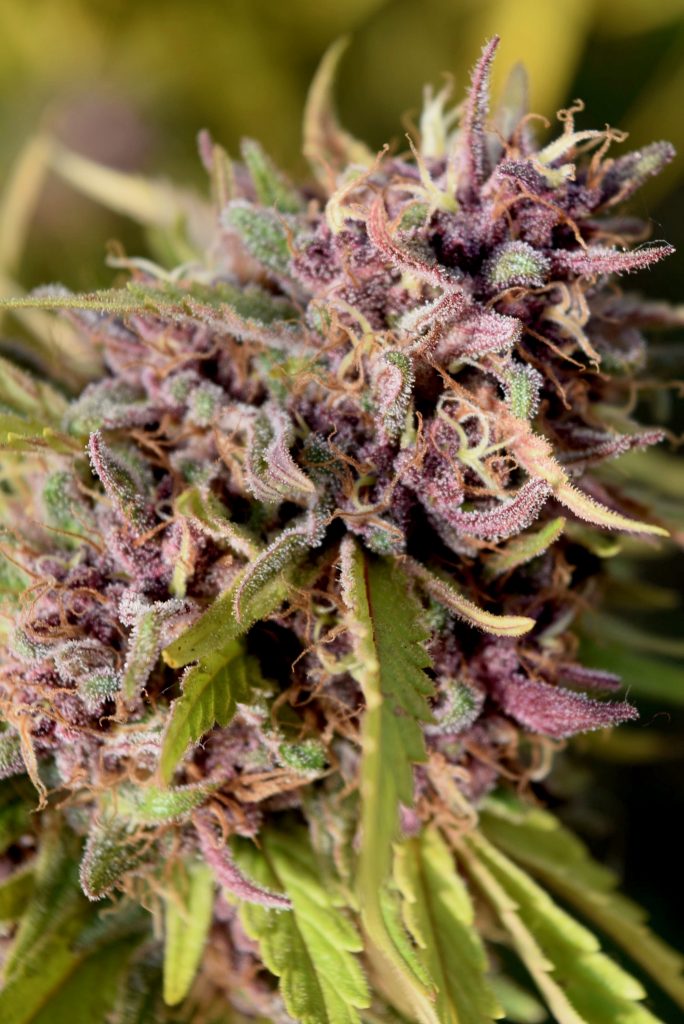 There are a few different reasons you could experience shakiness as a negative side effect:

If you start experience tremors or shakiness, check in and see which one of these may be causing the issue.

If it’s anxiety or paranoia, skip back to that section and use the recommendations found there.

If it’s caffeine or sugar, try eating some protein or fat and drink lots of water to dilute the stimulants in your system.

If you’re cold, hop in a warm shower or go for a vigorous walk to raise your body temperature. 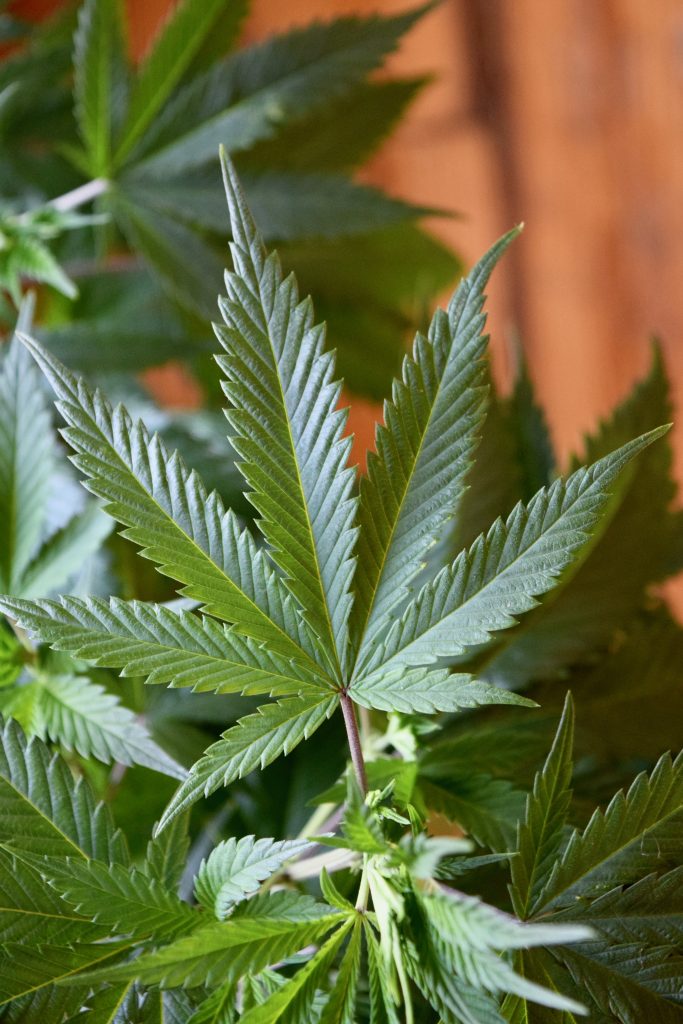 Oh… The dreaded cottonmouth. While it’s not a serious side effect, it can be annoying. And if you’re in a group of people feeling like your mouth has been glued shut, it can also exacerbate other negative effects like anxiety.

Staying hydrated before you consume cannabis is a great long term solution to avoiding cottonmouth altogether, but sometimes we forget or are on the go and eat some cannabis infused candy without considering our daily water intake.

Once cottonmouth hits, drinking water isn’t the best solution since it dilutes the little bit of saliva you do have. Instead, stimulating your salivary glands and drinking ultra-hydrating drinks is much more effective.

If you can handle a little bit of heat, rub a tiny amount of cayenne pepper powder on your tongue. It will burn for a minute, but kicks your saliva makers into high gear and can quickly alleviate dry mouth.

Another great option is drinking fruit infused water (I like cucumber, lemon and strawberry) with a pinch of sea salt.

And while it doesn’t taste as good as infused water, 1/4 cup of aloe vera juice can be very helpful for getting rid of cottonmouth.

I hope that helps! Let me know if you have more tips or more side effects to list in the comments section below.