I’ve been working on getting all of the old recipes up on this site and I couldn’t wait to re-share this one. It’s probably one of my favorite things to put weed in (which is saying a LOT). It’s great for Danksgiving and the holidays, but it’s also awesome for sports game watching, getting your friends to help you move out of your dorm room when you get kicked out for smoking pot up in there, and other assorted spring festivities.

Cannabis artichoke dip also an awesome appetizer to drown your sorrows in when your website crashes, two of the books you slaved over are put on an indefinite hold and you have no idea whereTF your life is heading. Why is it perfect for that? Because it feels like such a sad fat kid food. The good news? It’s totally not sad fat kid food. Cannabis artichoke dip is vegan, PALEO, gluten free and pretty much just turns to pure muscle and infinite happiness as soon as it enters your body.

Don’t believe me? Then I guess you’re just going to have to eat a bunch of cannabis artichoke dip and head to crossfit to see if you can crush that WOD…

I actually have no idea what WOD means…

I just figured since it was the first paleo marijuana edible recipe that is getting re-posted, I should make some type of crossfit reference to go with it. I even had to google one because I am so not hardcore about burpees and kalsus and other things that the google just informed me that you crazy crossfit people do. The only “box” I care about is the one that the cookies come in.

So… here’s the cannabis artichoke dip post that went up around thanksgiving last year. Back then, I was super stoked about all of these books that were coming out that are no longer coming out (at least at the moment), so don’t mind all of that. I’d love to share more with you about it, but someone would probably try to sue me for something, and since Saul Goodman isn’t a real person, there are a total of zero lawyers on this planet that I’d like to interact with. 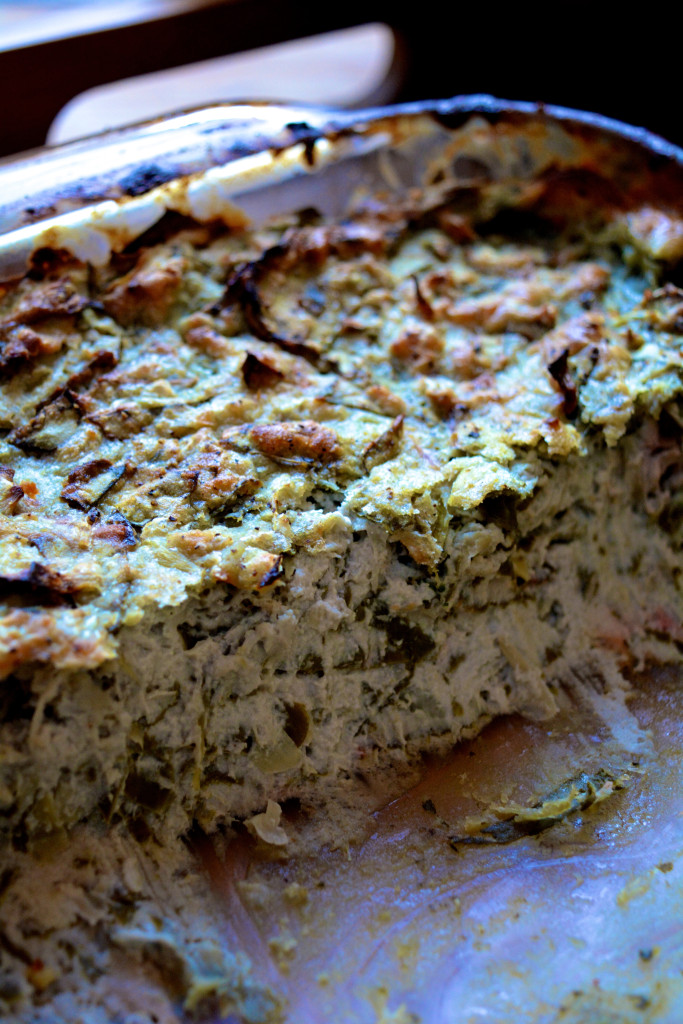 This cannabis artichoke dip recipe will be featured in Rita Marley’s new holiday book Harambe for the Holdays. How I ever ended up in the wild ride that ended with making two cookbooks with the Marley family, I’ll never really know, but that’s what’s been happening in my world these past few months. It’s why Wake & Bake fell a bit behind schedule. BUT…. drum roll please… Wake & Bake: a cookbook is officially on the presses and you can order it in time for the holiday season! Huzzah!

So… I’ll keep you posted on Mrs. Marley’s beautiful upcoming cookbooks, but for now, I want to share with you an increeeeedible cannabis artichoke dip to start of the Wake & Bake Danksgiving madness. All this week and through the ho-ho-holiday season, I’ll be posting recipes that will have you and your tribe/family/party people feeling irie all the way through the new year. And I promise never to write anything like that ever again.

As a fat kid, artichoke dip was my joint. But as soon as I started to think about what was acceptable to put in my mouth, I almost completely forgot about it. To me, it was something that just magically appeared from behind the swinging doors of a TGIFriday’s. But this simple, homemade, vegan, cannabis infused appetizer will make you want to thank god that it’s whatever day of the week it is… and then, it’ll probably make you forget whatever day of the week it is.

Have a warm dish ready to get your Thanksgiving started. Make a dish and eat it all week to prepare for black Friday. It’s time to get dankful.

2. Empty blender into a large mixing bowl. Stir in:

Pour into a 7 x 11 baking or casserole dish and bake for 30-35 minutes, until top of cannabis artichoke dip is golden and center is warm.

For extra special brownie points… What are you making for danksgiving? Do you have a holiday favorite that you’d like to see infused here on this blog? Let me know!

This cannabis artichoke dip recipe can be found in the second edition of the best cannabis cookbook on the face of the planet (What can I say? I’m biased as shit…). I’ll also email you more stuff like this as I get around to putting it on the internet when you sign up for the Wake & Bake newsletter. Chyeah!

Corinne Tobias is a writer, photographer, yogi, farmer, and recipe developer living in SW Colorado. She is the author and designer of Wake & Bake: a cookbook and High for the Holidays.

Why Cannabis Works Part 1: What is the Endocannabinoid System?

Healing without the High: The Wake + Bake Guide to Microdosing, Balancing ratios and Raw Cannabinoids